As a writer I’ve always been blessed with friendly peers who share this so-personal (and often lonely) journey of working toward publication, and finding ways to flesh out our dreams of establishing careers in this challenging, ever-changing literary world.

As long ago as the late 1960s and through the 1970s, I had the good fortune of my connection with kindred spirit Kathy Kennedy Tapp during our college days in southern California. Although we both soon married and literally moved several thousand miles in opposite directions, the strong link remained through our active correspondence and frequent exchange of our children’s and young adult novels, and short stories, for critiquing. This process of learning to provide honest and constructive feedback was daunting at first. But our shared passion of wanting to publish books for young people, coupled with a friendship too precious to put at risk, led us along the challenging path of learning to help one another work and grow toward our shared goal. As things turned out, books #1 and #2 for each of us came out during the same years – 1983, and 1986.

By the early 1980s I was comfortably settled in Canada for the long term, in the prairie city of Regina, Saskatchewan. Regina has a very strong arts community that includes the Saskatchewan Writers’ Guild, and the Writer-in-Residence program at Regina Public Library. Naturally I took advantage of the opportunity to bring my work to then-Writer-in-Residence, the late Janet Lunn who is and was extremely well-known for her award-winning works for young people. Thus far having had my writing connections take place courtesy of the postal service, it was a true godsend to have a real, live connection with another writer – in person, no less! During one of Janet Lunn’s public workshops, I met kindred spirit Gillian Richardson who had a work in progress (WIP), and who said she’d love to get together to “talk writing” once she had a completed draft. This marked a very significant beginning.

The province of Saskatchewan, with its total population of about 1 million, consists primarily of wide-open prairies and, to the north, the Canadian Shield and boreal forest. It’s one of those sparsely-populated places about the size of all of Britain and most of Ireland combined. Saskatchewan happens to have rather a lot of writers per capita. I had already joined the Saskatchewan Writers’ Guild, and the national organization of CANSCAIP (the Canadian Society of Children’s Authors, Illustrators & Performers) but there weren’t many connections locally. Gillian and I got to talking about how great it would be to get to know more children’s writers in the province. So in 1984, I submitted a blurb to FreeLance, the publication of the Saskatchewan Writers’ Guild, wondering if there were other children’s writers out there interested in networking.

Letters began to arrive in the mail! Within weeks, we had a committed group of eight or nine writers scattered across the province. How we were going to function across the distance posed some interesting questions. For the first four years we circulated a package of letters “round robin” style. Here we talked about our writing, our publishing experiences, and shared (and answered) questions, and may have done some critiquing. By 1989 we were ready to meet in person. For that first occasion, we gathered at a more-or-less equidistant point that involved a drive of an hour or longer for each of us.

The in-person dimension opened up a world of difference for sharing this very complex, challenging, and ever-changing creative journey. Firm, lasting friendships have developed across the decades. Some of the original members diverged to go their own way; others died – and every now and then the spark of a new voice has joined our group. We continued with the round robin letter format for a few years after our first meeting in person, but this eventually became redundant when technology brought us e-mail and other speedier means of communication.

For thirty years now, the Saskatchewan Children’s Writers’ Round Robin has met in person twice yearly, in various parts of Saskatchewan. Some members have moved away – but two of these women have continued their active, vital participation, commuting from other provinces for our gatherings. Our activities have ranged from initiating and running a biennial conference for those working in the children’s book domain; advocacy for regional children’s writers; voicing our concerns about urgent issues in the publishing world; liaising with teachers and librarians; and hosting events to raise awareness of local writers’ work; to setting up book sales tables.

Some of us are now writing and publishing in other genres as well – and some Round Robin members’ books have been published in places as distant as Australia and New Zealand. Over the decades, many awards have come in for our books, as well as our short pieces in other areas such as poetry, short fiction, and creative nonfiction. Two of us have now also served as Writer-in-Residence at Regina Public Library! Many of us give writing workshops, teach and provide editing services, and most of us still love visiting schools and libraries to talk about our work. Our books range from picture books; early-reader chapter books; illustrated books for classroom use; and middle grade novels on up to “mature” young adult novels – including contemporary fiction, nonfiction, historical fiction, and fantasy/science fiction. All told, our present membership of eleven writers has produced something like 150 books including translations to other languages.

Through all of this, our primary commitment ­is to aiding and supporting one another during this very complicated business of creating books for young people. We all have many works in progress – and, as writers, we are also eternally “works in progress”. We celebrate one another’s successes; we commiserate when things go wrong; and always we are committed to promoting growth in our craft through critiquing one another’s work, and open discussion of the often-puzzling dynamics of being a creator of children’s books in the ever-changing publishing climate.

What do you think? Cancel reply 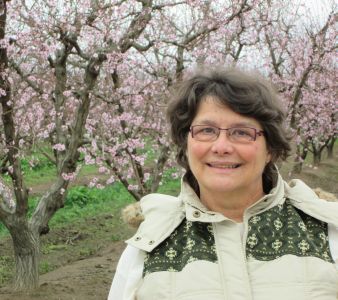 Other links to Alison